Doctor Who The Day of the Doctor Collector Set The Day of the Doctor (2013) The Doctors embark on their greatest adventure in this 50th Anniversary Special: In 2013, something terrible is awakening in London's National Gallery; in 1562, a murder- ous plot is afoot in Elizabethan England; and somewhere in space an ancient battle reaches its devastating conclusion. All of reality is at stake as the Doctor's own dangerous past comes back to haunt him. includes eleventh doctor in Fez tenth doctor in glasses and Zygon figures are 4 inches tall. 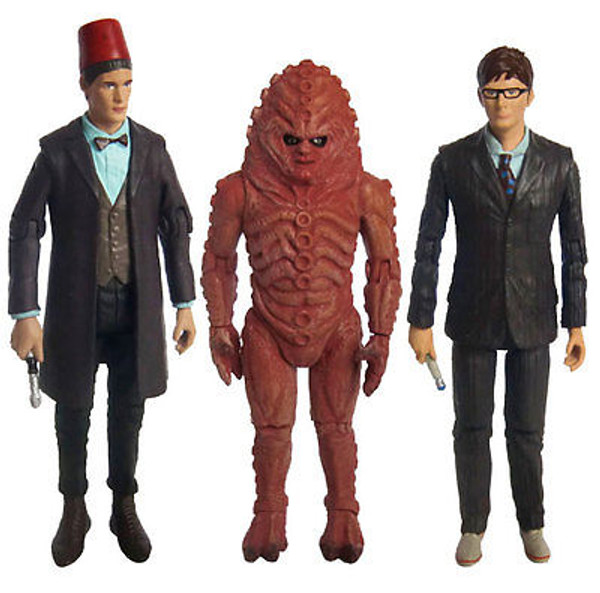 No Reviews Write a Review

DOCTOR WHO "TRUST ME I'M THE DOCTOR" Reusable tote/shopping bag